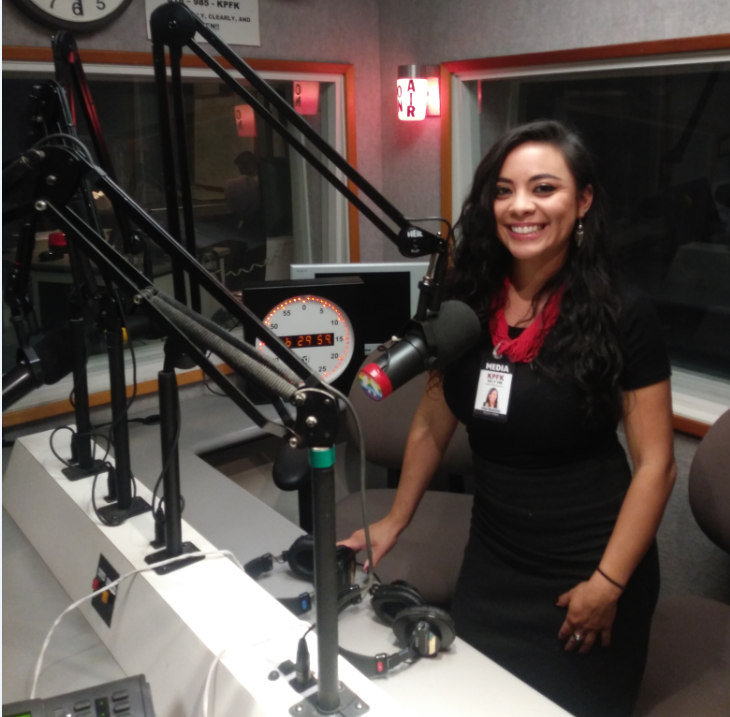 Irene Montantes is an Indigenous Apache/Mexica and a mother of two, with a unique background. Irene completed numerous academic/educational courses in social work that led to employment from 2002 – 2010 with organizations like FOTF – Young parents’ program, Emergency Medical Technician (EMT), and as an Addiction Counselor. Irene grew a passion for social Justice and began her journey as a human rights and civil rights activist in 2012. Irene has been a part of several movements, including Divest LA as a founding team member, media leader & Director of Community Outreach, Street Team leader for Public Bank LA and active roles with Indigenous Rights, No DAPL & the anti-GMO protests.

Since her journey as an activist she contributed to establishing Revolution LA. Currently, she is a News Reporter with KPFK Radio – Pacifica Evening News and a Board Member of Urban Partners Los Angeles, a Non-Profit organization that helps creates and encourages charitable programs of education, health, social service and community activity for impoverished people living in the Westlake – Koreatown neighborhoods. Irene’s human rights and social work is not just for the communities that she loves, it’s for her two boys, Isaiah age 5 and Jacob age 16, whom she supports by working at a Law Firm as an Assistant to an Attorney.